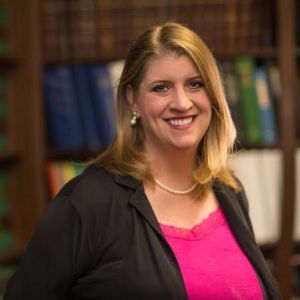 She additionally represents clients in a variety of areas including personal injury, automobile collisions and medical malpractice. Christine is a highly respected civil litigator who has obtained successful awards, decisions and settlements for her clients.

She received her Doctor of Jurisprudence from Marquette University Law School in 1992 and her LL.M Degree in Transnational Business from the Mc George School of Law in 1993, graduating first in her class. During this program, she studied at the University of Salzburg and completed an internship at Thailand’s oldest and largest independent law firm, Tilleke & Gibbins.

During her time in Bangkok, she worked with the Commercial and International Trade Group and the Intellectual Property group reviewing international and commercial contracts and assisting with the opposition procedures for trademarks, copyrights and patents.  She is admitted to practice in Iowa and Wisconsin as well as the all U.S. District Courts in Iowa.

Christine is also an active volunteer with the Iowa Mock Trial Program. She has coached both middle school and high school teams that have advanced to the semifinals of the Iowa State Tournament. She also volunteers her time judging the tournaments and serves on the Iowa Mock Trial Advisory Committee.

Christine M. Creighton has been married to her husband Dr. Joseph Creighton since 1994.  They have four children. Christine enjoys volunteering in her community and coaching in her children’s schools.  In her free time she enjoys reading English literature and watching science fiction movies.