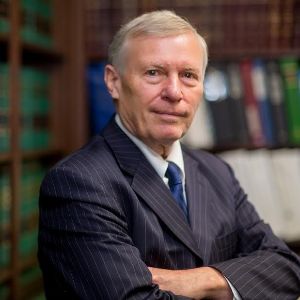 Martin Spellman is a highly respected trial attorney who has obtained successful verdicts and settlements for his clients over the past five decades.  Mr. Spellman received his Doctor of Jurisprudence degree from Creighton University School of Law in 1967. He is admitted to practice and handles cases in Iowa and Nebraska, all U.S. District Courts in Iowa, the U.S. Court of Appeals for the Eighth Circuit and the U.S. Supreme Court.

Martin Spellman has been married to his wife Patricia for 50 years.  They have 7 children, 5 of whom are partners at the firm.  They are proud grandparents of 20 grandchildren.  In his free time, Martin Spellman enjoys spending time with his children and grandchildren, reading, walking and traveling.