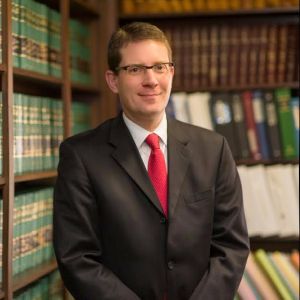 Ted Spellman is a tireless advocate for injury victims with a long track record of successful results for his clients.  He has obtained six and seven figure jury verdicts and settlements in cases involving wrongful death, medical malpractice, brain injury and quadriplegia.  He has been recognized as a Super Lawyer “Rising Star” in 2013 and 2014 and was listed in the National Trial Lawyers “Top 40 under 40” in 2012.

Ted is dedicated to obtaining optimal results for his clients.  He possesses a thorough grasp of complex legal and medical issues and takes a meticulous approach to case preparation.  This has produced significant awards and settlements for his clients.

Ted received his B.A. from Creighton University in Omaha, Nebraska.  He then obtained his law degree from Drake University Law School in Des Moines, Iowa in only two and a half years.  A native of central Iowa, Ted resides in Des Moines with his wife and four children.