Mark E. Spellman, Partner at The Spellman Law Firm, has been an active member in the Iowa Association for Justice since 1996.  He was recently re-elected to the Board as the Governor for District 5A which serves Dallas, Guthrie, Madison, Warren, Jasper and Marion Counties.  This will be his second term as he was first elected for the position in November of 2015. 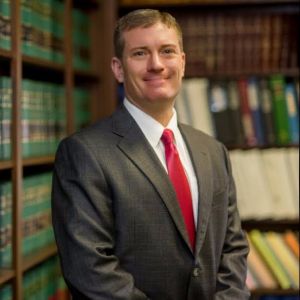 Mark Spellman’s involvement includes helping to lead the Association as a Board Member, fundraising activities, membership drives and volunteering in the community through the IAJ “Justice in Deed” initiative.  Mark is excited to continue to serve this term to continue to advocate for Iowans through his work as Governor.

The Spellman Law Firm has a deeply rooted and involved history with the Iowa Association for Justice.  Martin E. Spellman was a founder of the organization in the year 1973.  The organization at that time was known as the Iowa Trial Lawyers Association.  The Association was established in pursuit of the following:

Martin E. Spellman then served as President from 1974 - 1975.  During this time, he also served as the Chairman of the Membership Committee.  In this role, he led organized membership drives across the state of Iowa to solicit members and grow the organization.  He was involved in opening the first office headquarters in Des Moines, IA for the Iowa Association for Justice (then the Iowa Trial Lawyers Association) and helped to hire the first staff for the organization.  Martin was also involved in leading the organization in lobbying efforts in the state legislature in an effort to advocate for justice for Iowans.

Daniel J. Spellman also served as President from 1981 - 1982.  During his term, he was involved in task force drives and fundraising for the political action committee in an effort to preserve the rights of Iowans.  He also was involved in lobbying efforts in the Iowa legislature to further the same purpose.  Dan was additionally active in efforts to increase membership for the organization throughout the state of Iowa.

The Iowa Association for Justice (IAJ) seeks justice in our communities through defending the rights of Iowans who seek justice in our courts.  The IAJ is also known for their active role in community building and volunteerism.  As current or past members of the IAJ, attorneys at the Spellman Law Firm are devoted Iowa trial attorneys fighting daily for Iowa families through use of the court system.

We welcome your comments. Please leave your ideas and opinions below.