The Spellman Law Firm joined their clients at the Legislative Hearing in opposition to  proposed changes to the Iowa Work Comp System on March 7, 2017 at the Iowa State Capitol Building.  The Hearing was attended by numerous individuals including injured workers who vehemently oppose the drastic changes proposed in the bill.  In support of injured workers and former and current clients, The Spellman Law Firm attended the Hearing and provided direct client testimony in opposition of the bill.  One client, Kevin Tully, captured the attention of legislators and attendees prompting loud cheers and support from the crowd. 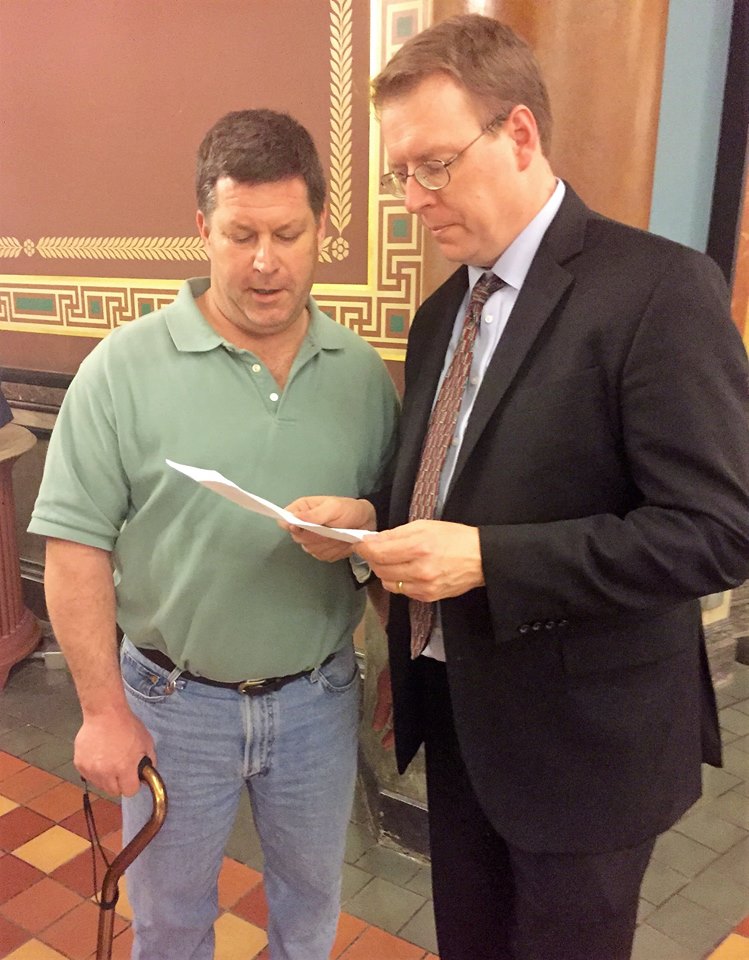 Specifically, Mr. Tully, was injured in a work accident where he fell off a roof without being provided any fall prevention safety equipment or gear.  Because his employer had worker’s compensation insurance and due to the law which disallows for any other remedies or lawsuits against his employer, the work comp system was his only remedy.  Mr. Tully’s testimony was reported on by Dave Price from WHO Channel 13 in Des Moines in the article Fourth Public Hearing in 32 Hours Brings Out Critics on Another Controversial Bill.

Because Mr. Tully had a history of back pain and arthritis, as most physical laborers do, the current proposed changes in the law would have not allowed him worker’s compensation benefits blaming his back injuries on his pre-existing conditions.   Specifically, he testified that “People like me will be screwed”.  He also stated that overall he believes that the changes are “Just not right and just not fair.”

As a general rule, a worker cannot sue an employer for their negligence.  Worker’s compensation is their only remedy.  The Spellman Law Firm supports their clients like Mr. Tully who suffer from work injuries and will always fight on their behalf to ensure they receive the benefits to which they are entitled.

We welcome your comments. Please leave your ideas and opinions below.